This is the new Reality Drop. No games, just truths.
MYTH #67: Glaciers are growing

We can't ignore the glaciers that are advancing and gaining ice.

A few glaciers are advancing. Most are shrinking. Overall, they are losing 150 billion tons of ice a year.

Make no mistake: Globally, glaciers are shrinking, losing about 150 billion tons of ice a year. And while climate deniers may try to confuse the issue by “cherry picking” data or focusing on short-term variations, the long-term trend is crystal clear. Most of the glaciers worldwide are receding at an accelerating rate. Sure, there are isolated cases of glaciers that haven’t melted or are gaining ice. But as with any climate-related data, it’s important to stay focused on the big picture. If a conclusion isn’t based on large-scale, long-term trends, you’re not getting the whole story.

Over the period 1946–2005, the World Glacier Monitoring Service (WGMS) monitored 228 glaciers. In the early years, just several glaciers were monitored. Over time, observations from more glaciers across the globe were added to the database, giving us a broader picture of global glacier mass balance. The highest-quality glacier observations are ongoing, continuous and long term. There are 30 glaciers in nine different mountain ranges that have been continuously measured since 1976 (11 of them reaching back to 1960 and earlier). These are considered "reference glaciers."

What do these glacier observations reveal? Figure 1 shows the mass balance of individual glaciers over 2002 and 2003. Negative values indicate shrinkage. We see that there are isolated glaciers that are growing. However, focusing solely on these few glaciers to indicate global glacier growth paints a very misleading picture. The vast majority of glaciers are receding. And importantly, the shrinking trend is increasing (e.g., 77% in 2002, 94% in 2003). 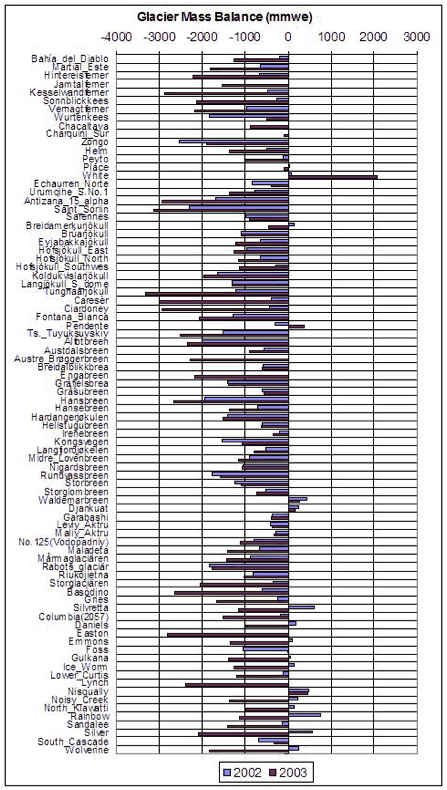 In its 2011 report, the WGMS measured 136 glaciers from Antarctica to Canada and from Bolivia to Japan, and found that almost 90% are shrinking (Figure 2). 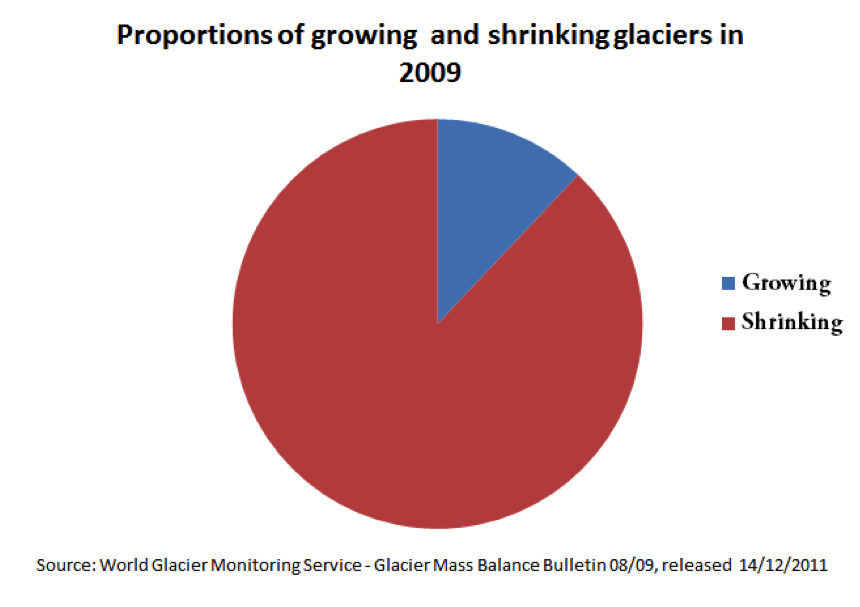 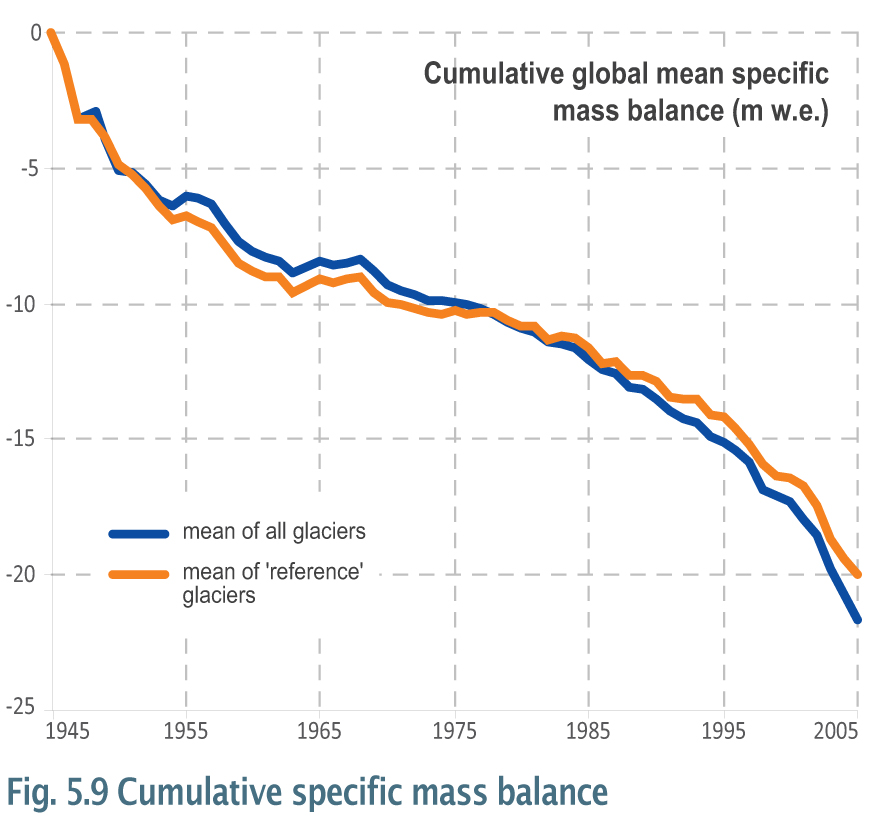 After 1975, glacier shrinkage continues to accelerate until the present. The mass loss from 1996 to 2005 is more than double the mass loss rate in the previous decade of 1986 to 1995 and over four times the mass loss rate from 1976 to 1985. When you narrowly focus on a few cherry-picked glaciers, you can be misled into an incorrect view of global glacier trends. When you take in the broader picture, you see that globally, glaciers are shrinking at an accelerating rate.